Self-Driving Vehicles Will Save Lives But Destroy Jobs

The rapidly developing technology that will soon see fully autonomous (self-driving) cars being a common sight on our roads will undoubtedly save many lives, but these self-driving vehicles will also have a devastating impact on the livelihoods of millions of people.

By automating driving, we could save about a million lives a year. - Dr. Moshe Vardi

As you can see from the chart below, the number of jobs at stake in Australia is high.

With the great strides being made by companies including Google, Tesla, Apple and many more self-driving cars really are much closer than a lot of people appreciate. The stringent testing that will need to be completed for these autonomous cars to take to the roads means that by their very nature the vehicles will save many lives.

Self-driving cars will not get drunk, speed, or drive dangerously, as is often the want of many humans, so the number of accidents caused by human error will dramatically decrease. Improved safety on the roads is clearly something that we should all welcome but with this coming technological advancement, many normal people will suffer, most notably in the industries where driving is the primary source of employment.

Ironically the CEO of Uber, one of the companies that has probably done the most in recent years to give people work opportunities they may previously have never thought of, is already on record as saying that whenever legally permissible they will replace all of their drivers with autonomous vehicles.

From a business point of view this makes perfect sense, both for Uber and the consumer, as the 75% of the fare that now goes to the driver will instead all go to Uber, who in turn will be able to pass on a part of that saving to the passenger. For the driver this is obviously a far from ideal scenario.

The new breed of Uber drivers who have been so vehemently opposed by traditional taxi drivers all over the world could soon very well find themselves in the same boat together. Taxi drivers, Uber drivers, and bus drivers will all be affected by the dawn of the technology that will see autonomous vehicles becoming the norm.

With there not being even one fully autonomous vehicle available on the open market to regular drivers at the moment, many people may feel sceptical about just how close we are to having these self-driving vehicles taking over the roads and motorways.

That kind of scepticism is understandable as it is true that we are a number of years away from the Uber CEO being able to fulfil his dream, but right here and now in Australia autonomous vehicles are already very much a reality. The trucks that Rio Tinto operate at its Pilbara mines in Australia are fully-autonomous and operate 24/7, 365 days a year.

These monster trucks that can carry 290 tonnes of ore and overburden are controlled 24 hours a day by a supervisory control computer located at a remote operations centre more than 1,300 km away in Perth.

With more than a quarter of Australians being involved in driving jobs it’s clear that further developments in technology will see many more people’s jobs going the same way as those of the men and women who presumably used to drive the trucks at the Pilbara mines. The Committee for Economic Development of Australia (CEDA) estimated that in December 2012, of the 11.5 million Australians employed nationally, about 28 per cent had jobs that involved driving. This figure also includes train drivers, whose positions we have previously seen on this blog could well come under threat by the arrival of the Elon Musk inspired Hyperloop.

The people working in these industries clearly need to be preparing themselves for an uncertain future, but the regulations and legal ramifications that need to be met before fully autonomous vehicles become the norm is still a while off. In the meantime the technology should be embraced for the safety benefits that it brings us all. Many modern vehicles already feature in-built emergency braking systems, emergency steering, and lane departure assist that help the driver and improve road safety, with Musk’s Tesla company again leading the way with its autopilot system.

Truck drivers are also benefiting from advances in the same technology with semi-autonomous features helping to fight against driver fatigue.

Wherever you fall on the debate over autonomous vehicles, it is clear that this technology is almost fully operational now and ready to go. It is only bureaucratic red tape that stands in the way of a movement that will see transport as we know it today being completely revolutionised.

Share you opinion in our poll & comments section below. 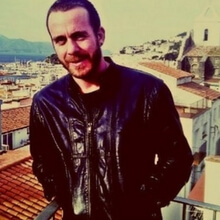