How to Get Back on Your Bike After an Accident 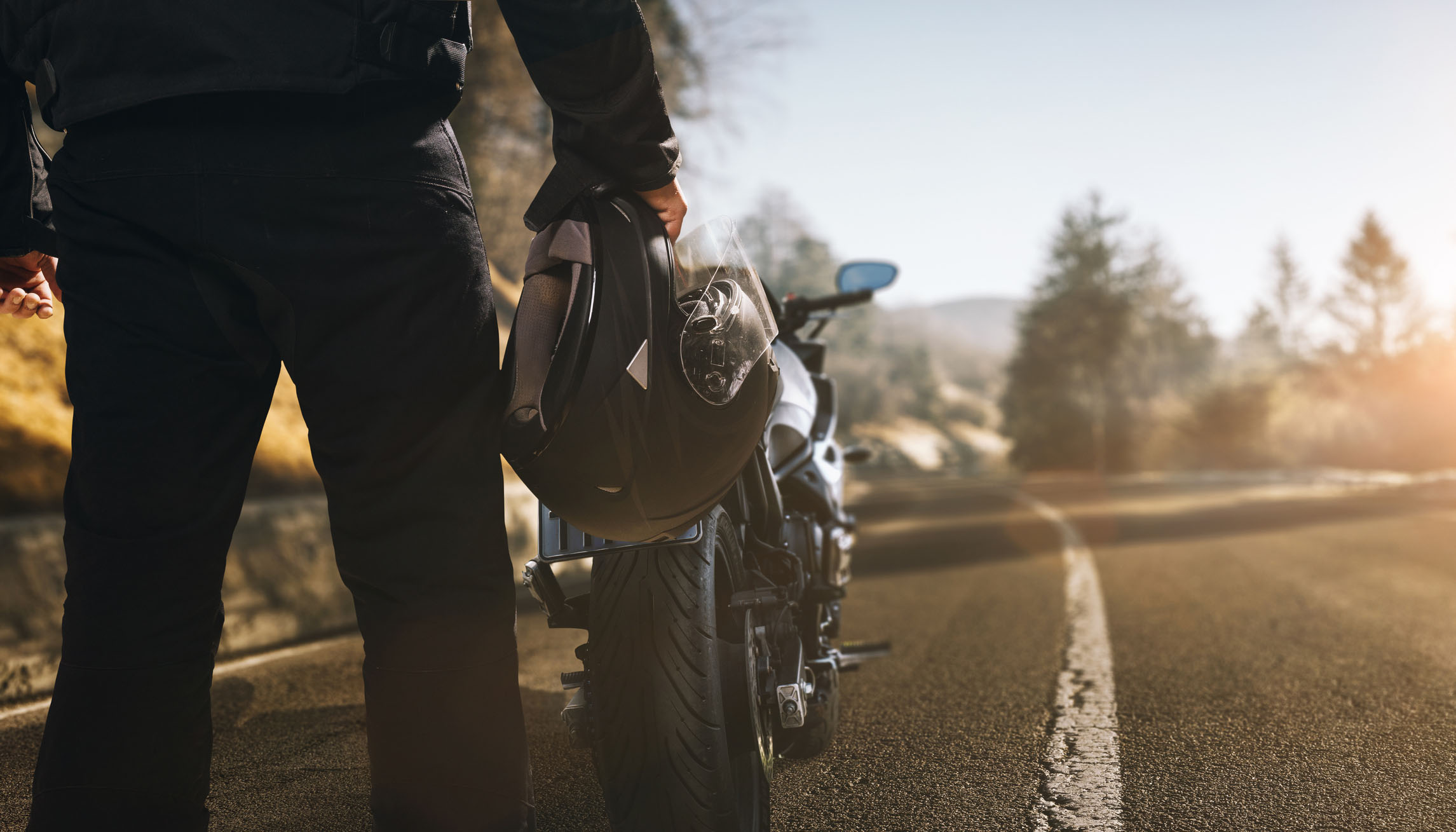 The short answer here is, gingerly, especially if everything still hurts.

I know this because a few years back, I planted myself into the side of a mum-taxi that turned across my path. I was suddenly a statistic, lying on the road in a swathe of broken motorcycle bits, pools of petrol, and not a little blood.

I’d had an accident less than five kilometres from my home, at less than the posted speed limit, and the consequences, both physical and mental, were profound. I had broken my C3 vertebra, I had a massive compound fracture of my left wrist — both the radius and ulna were snapped and poking through the skin — I had separated my shoulder, and I had done something to my elbow which would never allow me to straighten it again. All this at 20km/h.

I’ve crashed at a racetrack before at 170km/h, and walked away shaking my head and swearing. On a racetrack, there’s not a lot of stuff you’re going to run into, so when you come off, you’ll usually slide to a stop. But the road is a different animal.

What followed my motorcycle accident was a week or so in hospital, being pumped full of antibiotics for the compound fracture, and an operation to pin and plate the fractures. The broken neck was a stable fracture (luckily), and the rest of the injuries were just things I have learned to cope with. But months of physio followed, and it was at least two months before I was able to ride again.

I was riddled with guilt. My choice of transport had very nearly ended my life — the C3 is known as the Hangman’s Vertebra for a reason. It’s the one that snaps when you fall through the trapdoor with a noose around your neck. My family was obviously concerned, but riding motorcycles is what I do. It defines me. I have no other hobbies. I have no other interests. I don’t have any friends who don’t ride bikes. I could no more stop riding than I could stop breathing — and my family knew that.

With that in mind, here are the steps that I took to get back on my bike after my motorcycle accident.

Get your mind right

So the first thing I had to do before getting back on my bike was to get my mind right.

We all know motorcycling can be a harsh and unforgiving mistress. It provides some of the highest highs, and commensurately, the lowest of lows. It’s very good at quickly and brutally showing you just how vulnerable you really are if you’re not on your game — and that realisation can mess with your head.

The old adage that it’s all fun and games until someone loses an eye, or a leg, is precisely what riding bikes is all about. Never imagine it’s not.

I accepted responsibility for what happened. Legally, the driver who turned across my path was in the wrong, and the police charged her with Negligent Driving. That was scant comfort to me as I was re-growing my bones. Yet still, had I been on my game that day, instead of complacently proceeding because I had the right of way, I may well have avoided her all together.

It is incumbent upon you, as the rider, to bring your A-game all the time. Because if you’re not entirely focused and hyper-aware of what’s going on when you’re on the road, you’re going to pay the price for that complacency.

People drive through red lights, you know that, so why aren’t you preparing for that eventuality? People get rear-ended all the time, so you should be sitting at a set of lights, in gear and ready to go in an instant, checking your rear-vision mirrors and listening for that awful tyre-screeching sound. Road surfaces can change without notice. You know that too, so ride accordingly.

All of this to say, accepting personal responsibility is a big part of regaining the right mind-set, particularly before venturing back out on the road.

Personally, my recovery time was lengthy, so one of the first things I did was a refresher riding course at the racetrack. No rider is so experienced that he cannot learn new skills or refresh the ones he or she might have forgotten. This is important, especially if you’re new to riding and have had an off.

Sign up for a day of professional instruction. Re-acquaint yourself with braking protocols and cornering skills, and regain a little of the confidence you’ve lost in a relatively safe environment.

Still, the first time you venture back onto the road after a lay-off can be an exercise in cotton-mouthed terror. I replayed my incident in my head a million times. Especially when I rode past the intersection where it had happened.

But still, I kept riding, and those feelings eventually passed.

Sort out your riding gear

Your insurance should cover you, and mine did, and so I was able to replace everything damaged or ruined. Have a look at your policy, and if it doesn’t offer replacement gear, get a policy that does.

Just remember, all riding gear is passive protection. It does nothing until it needs to. And always remember, no gear you wear will stop crush injuries. They’re the ones that really matter. I was wearing everything I should have been wearing when I hit the Mum-Taxi.

Motorcycle clothing is designed to prevent you losing your skin. You hit a car, and the very finest racing leathers will do nothing to stop your bones being powdered.

So as you recover, do the rehab religiously, get all your mechanical bits working right again, but most crucially, get your mind right before you head back into the fray — and always, always, always pay attention.

Learn the painful lessons I was taught and be thankful you’re still around to ride another day.

Read the story of one of our clients, Alex, who was hit by a p-plater on his way home from work on his motorbike.