Roads are getting safer, so why are cyclist deaths increasing? 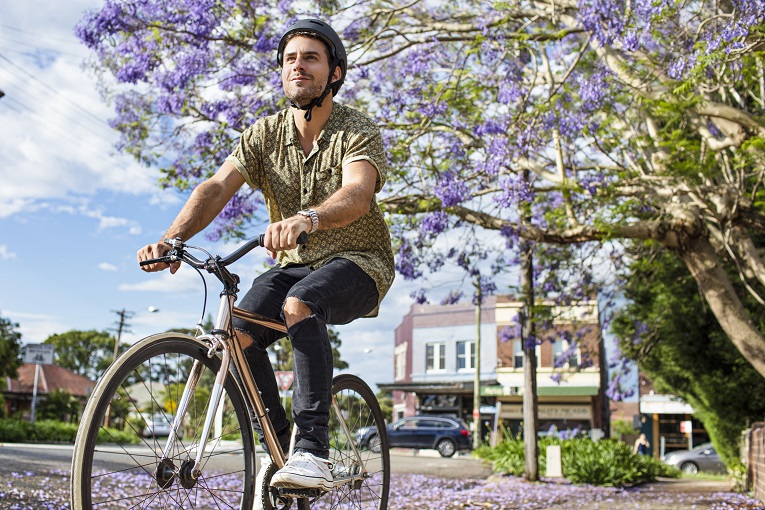 In an ideal world we would have dedicated bike paths everywhere, where cyclists could ride free from all the terror of cars and trucks whizzing by. The unfortunate reality though is that our roads aren’t always built with cyclists in mind, even with 13.5 per cent of Queenslanders regularly riding a bike for exercise, fun or travel.

The National Cycling Participation Survey 2019 suggests that about 3.4 million Australians ride bikes for transport or recreation in a typical week. Although that number seems large, the cycling participation rate as a whole has declined since 2011 when the first survey was conducted.

What’s more is that cyclist deaths have increased in the past decade by 31.3 per cent. In fact, although they are the least likely road user to get killed in a motor vehicle accident in Australia, cyclists were the only ones to record an increase as reported by the Australian Road Deaths database. According to the Centre for Accident Research & Road Safety Queensland, each year, an average of about 40 cyclists are killed and 1000 suffer severe injuries on Australian public roads.

Whether cyclists should be able to ride on roads is a well-known debate. But surprisingly, a Monash University study found that although it seems that majority of motorists dislike it, about 90 per cent of participating drivers do their best to co-exist with cyclists on the road.

What’s being done to help

While road congestion is still the bane of our existence in some areas more than others, cycling has become a great option, and councils and governments are making slow progress in providing safe and accessible cycling lanes - finally catching up to overseas cycling culture.

The Queensland Government committed $97.4 million for the delivery of 89kms of cycling infrastructure over 2017-19 alone through the Transport and Main Road’s Active Transport Investment Program. Notable projects included the Veloway 1 Stage D in Brisbane, Stage 1 of the Caboolture to Wamuran rail trail in Caboolture and Mayes Canal Bridge on the Sunshine Coast.

Brisbane City Council are also trialing the CityLink Cycleway on Elizabeth Street, Edward Street and William Street to Grey Street. It is a two-way bikeway that occupies a kerbside lane and separates cyclists from vehicle movements using raised yellow kerbing, to provide a safe space. A recent 7News report, however, revealed calls to review the new cycleways in the CBD with a petition demanding they be removed because of parking and safety concerns such as pedestrians tripping over the kerbing when crossing the roads.

But with council collected data showing that active travel in Brisbane has increased by 16 per cent since January 2020 and the number of people riding a bike to work in the city more than doubled between 2006 and 2016, what should the focus be on?

Fractures and intercranial injuries are among the most common for cyclists involved in a motor vehicle accident. Other injuries may include:

Most motor vehicle accidents involving cyclists are caused by motorists failing to see them. A significant portion are caused when an oncoming car turns across the path of a cyclist who is going straight, and vehicles also often collide with cyclists while travelling side by side where insufficient room is left between them.

What to do if hit by a car while cycling

First things first, get anyone who needs it medical attention and move yourself and your bike off the road if it’s safe to do so. Don’t forget to swap details with the others involved, witnesses, report it to police and see a doctor for injuries. This may help when it comes to determining fault and whether you’re eligible for compensation.

Saying that, it’s always up to an injured cyclist to prove negligence on the part of the motorist. When determining who was at fault in an instance like this, considerations are made to:

The courts recognise that cyclists are vulnerable on the road and have less ability to avoid collisions than motorists. They also recognise that fault is rarely black and white, and more often than not 100 per cent liability is not found against one party.

Non-compliance with Queensland road rules by a cyclist or motorist is also a relevant factor when considering appropriate apportionment of liability. Cyclists must observe basic road rules and must have mandatory safety equipment for protection and visibility. If a cyclist is intoxicated or fails to wear a helmet their compensation will generally be reduced by about 25 per cent for “contributory negligence”.

In Queensland, motorists are required by law to leave a minimum of 1m between their vehicle and a cyclist when passing at 60km/h or less or 1.5m where the speed limit is over 60km/h.

Tips to safer cycling and sharing the road