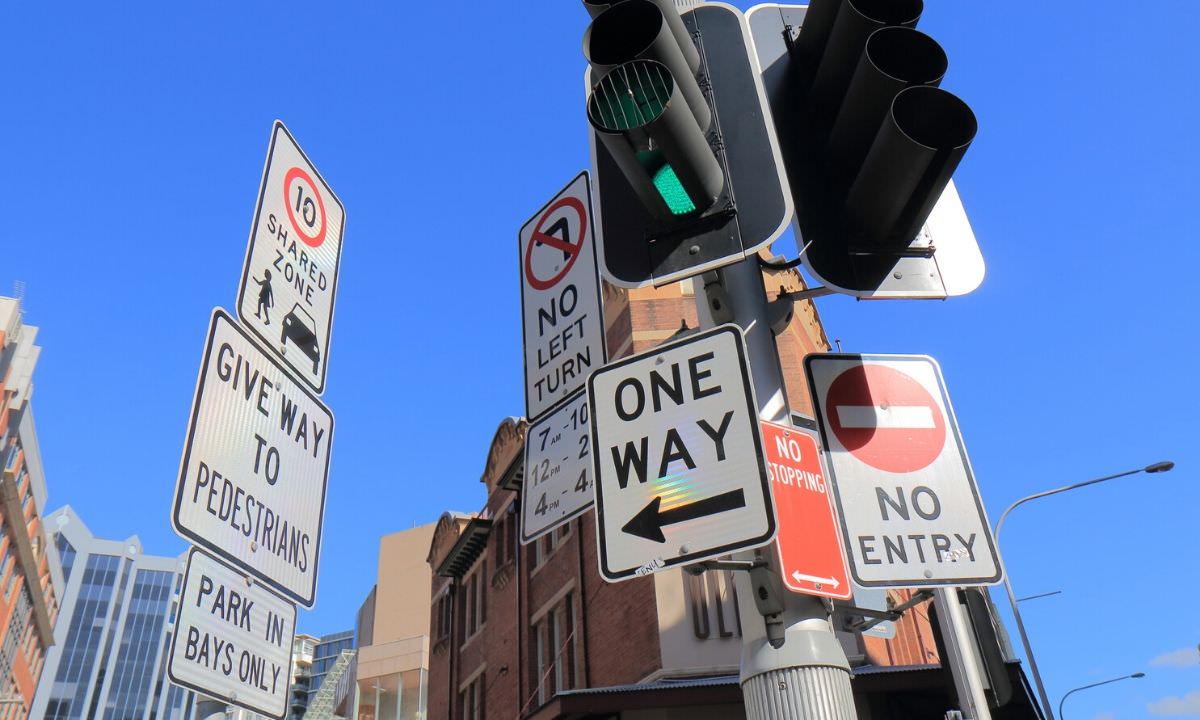 We all know that speeding and drink driving are bad, but did you know that your window can’t be rolled down more than five centimetres when parked?

There are many road laws in Queensland that you’ve probably broken without realising. Whilst it may be rare to cop a fine, it never hurts to know what they are, as breaking some of them can put other road users (or yourself) at risk of injury.

After you’ve read through them, take our quiz at the end, and see how much you know.

Road rage affects even the most subdued of drivers, but you should avoid the temptation to hit the horn, if it’s not necessary to do so. In fact, it’s an offence to sound it for any reason unless it’s part of an anti-theft or alcohol interlock device in your vehicle, or you’re warning other road users and animals to your presence.

2. You can’t throw banana peels or apple cores out your car window

If you think this is a harmless act, think again. Throwing things out your window, whether they’re biodegradable or not, is a traffic offence. If you throw it into the path of another vehicle, including a motorcyclist, they may be distracted or have their line of sight temporarily impacted.

3. Riding a bike “no hands” is illegal Australia-wide

This is one of the three main rules about sitting on a pushbike in Queensland. As well as having one leg on each side of the seat and facing forwards, you must keep at least one hand on the handlebars. You might think it looks cool, but it also means you’re at a disadvantage if a hazard pops up. You also can’t use a mobile phone while riding a bicycle.

4. You can’t walk your dog while riding your bike

We know this may seem like a good way to give your dog the exercise it needs, while being able to keep active yourself, but the Transport Operation (Road Use Management – Road Rules) Regulation 2009 states you can’t lead an animal on a bike, including by tethering them to it.

5. Paying for your Maccas in the drive-thru with your phone is illegal

Apple Pay may be your best friend now, but it won’t be if you do the above and get caught. It’s still a good idea to carry your debit card or some cash on you, especially in case you want to grab a burger at the drive-thru, because paying with your phone could cost you $1,000 and four demerit points (unless you put your car in park and turn off the ignition).

6. You must not interrupt a funeral procession

The Transport Operations Act 1995 Traffic Regulation 1962 says you can’t attempt to drive through or interrupt the progress of any funeral procession. Be respectful and wait until the procession has passed.

7. Sticking your arm out the window to wave goodbye is illegal

While this isn’t a common thing to get fined for, next time you leave a family or friends house, think twice about doing the “big wave” goodbye. Data shows five fines were handed out to Queenslanders in 2017/18 period for travelling in a motor vehicle with a body part outside the window or door.

8. Yellow does not mean go

Patience is a virtue, and while being stuck in traffic is never fun, it’s always better to be safe than sorry. Failing to stop at a yellow traffic light is illegal. A yellow signal is to let you know that a light is about to turn red, and you should stop if it’s safe to do so.

9. Don’t forget to turn off your indicator

Leaving your indicator on for too long, or when you’re not turning or changing lanes, is a traffic violation. The Transport Regulations 2009 states the only other time you can have your indicator on is when using your hazard lights. You must signal for at least five seconds when moving from a parked position.

10. You can’t take your friend for a spin on the handlebars of your bike

As common as this is, the law says you can only carry another person if the bike is designed to do so and has a passenger seat. This means you can’t “double” someone on the pegs that stick on the back wheel of your bike either. It carries a $133 fine, as does failing to give way to a pedestrian on a footpath or shared path and riding without a helmet.

The good news? It’s not illegal to drive in thongs! According to RACQ, this is one of the biggest motoring myths in Australia, but there are no specific laws in Queensland that say drivers can’t wear certain footwear while behind the wheel.

Don’t forget, if you’re involved in a crash, you must stop and give your contact details, if you’re able to. To help, we’ve put together a guide on what to do after a road accident.

Take our short quiz here, to see how much you know about Queensland's road rules.