Safety while traveling has been part of mankind since time immemorial.  What that safety entails, however, has evolved over the years.  There are certain hazards that our ancestors had to worry about that don’t even register as an issue in the modern era (for example, none of us really keep an eye out for bandits jumping out of the woods when we’re on the highway).

Likewise, there are certain present-day hazards that were not a problem even 15 years ago (three words: texting while driving).

With that in mind, what would the hazards of the road be in 2050?  Only time will tell, but that won’t stop us from making a few predictions!

1. The transition to autonomous cars for drivers

Autonomous cars – aka cars driven completely by themselves – were once a fantastical, futuristic idea with no basis in reality -just like the Hyperloop.  Now, some studies show that, by 2050, 4 out of every 10 cars on the road, will be autonomous.

However, drivers transitioning to autonomous cars might become its own safety issue.  For those used to being in control of their car, letting the car do all the work might prove nerve-wracking, especially in heavily trafficked areas.  It is easy to imagine a scenario where a driver might lose their nerve, attempt to take control of their car, and end up crashing.

2. Sharing the road with manual cars

Likewise, if 4 out of every 10 cars are autonomous, that means a predicted 6 out of every 10 cars will still be manually driven.  Even if those figures end up different in 2050, there will definitely be a chunk of the population who either does not upgrade or would prefer to stay in control of their vehicle.

This can prove challenging for the autonomous cars and drivers – and potentially create situations like in the previous point, where a manual driver does something to make an already-nervous autonomous driver attempt to regain control, only to create the very car crash they were trying to prevent.

And if you think this will never come to Australia, think again. It's probably going to be a fair while till it becomes an everyday delivery option, but testing of air drone deliveries is already under way in Australia.

Wearables – from Apple Watch to Google Glass – are already gaining ground. It’s very likely our main electronic devices will be things we wear over our eyes or around our wrists in 2050.

Wearables can be a bit of a double-edged sword: these wearables could communicate with traffic lights, delivery drones – even pedestrians – so that even a manual driver will have a better understanding of their surroundings.

On the other hand, certain wearables could usher in a new level of distracted driving.  Even for autonomous vehicles, a driver could get too wrapped up with what they’re seeing through their version of Google (or Facebook) Glasses, only to become startled and react poorly.

While laws are already in place across the globe, from Australia, to the UK and parts of the United States, outright banning certain distracted driving behaviors like texting while driving, that doesn’t mean people still won’t do them.

As much as we wish it to be, technology isn’t perfect. Software crashes and technical errors are extremely common in the present day.  While one would expect certain measures would be taken – from redundancy systems in autonomous cars to back-up systems in the software – there’s no guarantee that there’ll never be technical issues.

From communication errors to sensory errors, this could create a fair number of crashes, especially from any of the older autonomous cars, or cars that have not been properly maintained.

6. Carjackers are replaced by car hackers

Computer hackers always seem to be either in step or one step ahead of security systems.  Regardless as to how sophisticated they become, hackers always seem to adapt.  Carjacking is a frightening-enough scenario.  What would happen if an entire city, with its traffic lights, cars, drones, and the like, were brought to a standstill, in a way we haven’t really seen before?

Hackers don’t have to attempt to steal/disrupt other people’s vehicles: some hackers might try to “enhance” their cars or drones, whether to make them go faster, manoeuvre better, or avoid law enforcement.  Other hackers might prefer their cars “disconnected” and deliberately remove their once-autonomous cars from the grid.  This could easily result in cars that mangle communications with the network at large, or confuse other autonomous cars and drones.

Of course, only time will tell how technology will evolve and how we will adapt to the technology.  We might even find that technology evolves in such a way that 2050 ushers in travel that practically no one could’ve predicted. 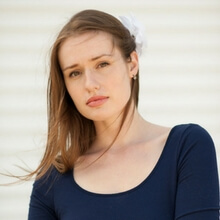 Abby Rosmarin is a writer and author based in the United States. Her work has been published in the Huffington Post, Buzzfeed and Mindbodygreen.