Risking It For The 'Gram

It seems at odds with our safety-obsessed society, but by now, we’re all familiar with the extreme Instagrammers.

You know, the people who do things for the likes - the #rooftoppers that risk life and limb for perfection, scaling skyscrapers and scaffolding in search of the perfect snap of the skyline.

When many of us would much rather stay two feet on the ground (or at least tethered to structures we’ve legally ascended), it’s hard to see why one would be driven towards this unique brand of death-defying acts.

Are the 'likes' worth it?

How did it start?

Along with parkour and other urban adventure pursuits, rooftopping has long been popular amongst niche circles. In 2011, before Instagram would see #rooftopping become a social media phenomenon, Canadian Tom Ryaboi climbed an unnamed tall building in Toronto, dangling his legs over the edge and posting the shot on Reddit, Flickr, and 500px, quickly catching fire all over the internet.

“After moving past security without incident, we found ourselves in the elevator watching numbers run up. The sense of uncertainty and anxious anticipation was thick, but luck was on our side on this day, and a few minutes later we were face-to-face with an open hatch,” he said in a blog post, about the “I’ll make ya famous” photo.

“This is where things get hazy. You see, coming out of the hatch of an epic skyscraper in the middle of the city, for the first time, is really hard to put into words. I guess it’s what I imagine a caged bird would feel if you leave the the gate open, a warm rush fills your chest and for a moment, everything slides away and nothing can touch you, you are truly free.”

It was a concept primed for the attention-seeking domain of the internet, where the thrill doesn’t just come from the dangerous act, but also the climbing likes and follow counts, creating a hunger for more — height, building, vantage point.

Within a few years, social media daredevils were increasingly common — in 2014, Vitaliy Raskalov and Vadim Makhorov climbed the Shanghai Tower to the tune of 73 million views.

Why do they do it?

That feeling of freedom is a common one that drives Rooftoppers, the desire to become untouchable and experience the untouched tranquility of a high building in a bustling city.

"When you start going up, you know what you're getting into. You already took the risk when you thought about doing it," Adrian C. (@opoline on Instagram) told VICE.

"Once you think about it, nothing can stop you. That idea grows, grows and grows and it starts becoming more of an obsession to get [the photo]. And somehow, you end up doing it."

Adrian has summited 432 Park Avenue in New York City, the tallest residential building in the western hemisphere, which stands around 1,400 feet, likening his hobby to exploring.

"Say there's a big wall in front of you,” he told VICE. “Some people will only think [about] what's behind the wall. We are the people who climb the wall. We see what's happening on the other side. Then we come back and show our pictures to the people that couldn't pass that wall," he says. "I guess you're born with that."

What is being done to prevent it?

However, even for the biggest risk-takers, there are times when it’s not worth it.

“Sometimes you kind of have to step out of your comfort zone to be able to get the good shots," Canadian photographer Brandon Trahan, who shoots primarily nature, told VICE.

"But I don't think that you have to go so far out of your comfort zone that it puts your life at risk." Trahan witnessed his friend fall down the Chedoke Trail in Hamilton, Ontario, fracturing her jaw in three places and breaking her wrist.

That part of Hamilton, known for its waterfalls, have introduced fines, camouflaged paths, and constructed fences following a rise in rescues. Enforcement is also changing in urban areas, where danger isn’t only posed to photographers but other civilians and construction workers (building sites are a popular target, interfered with to the detriment of contractors).

However, the effectiveness of such things is debatable — for instance, it’s done little to deter Hong Kong rooftoppers, and after Ryaboi was very publicly arrested in 2015, the endeavour only become more popular in Canada (police dropped the charges).

“A cool selfie could cost you your life,” a Russian campaign says, with stick figures illustrating various tragic situations. But there’s little sign of the trend slowing down — “Keep shooting. One photo can change your life,” Ryaboi says. 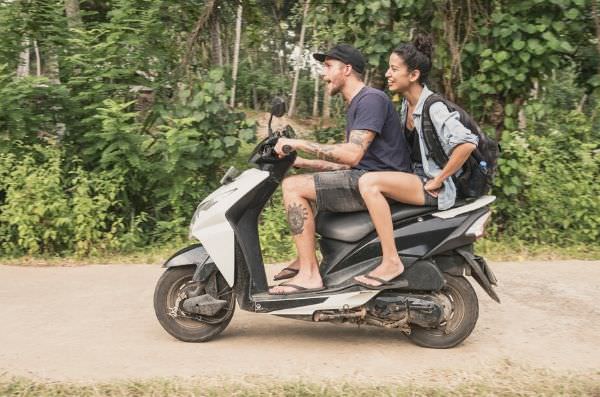 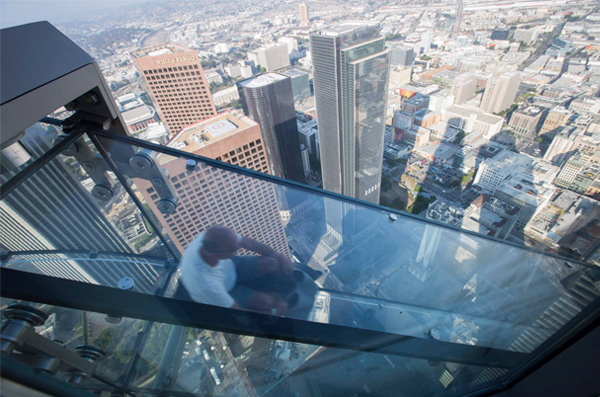 5 Thrill-Seeking Skyscraper Attractions Around The World 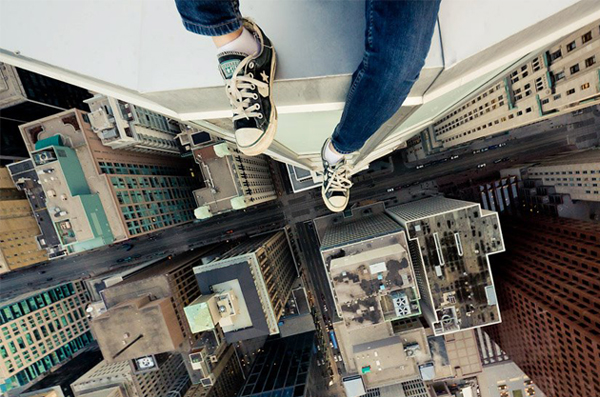 Risking It For The 'Gram