Despite calls for lowering CBD speed limits to boost pedestrian safety, most Queensland residents would rather increase jaywalking fines or leave things as they are. That’s according to the results of a Smith's Lawyers survey where Queensland residents were asked if they supported a drop to 30km per hour in built-up CBD areas.

Queensland men are less likely than women to support lower CBD speed limits, despite being twice as likely to die in a pedestrian road accident than women.

Respondents rejected calls to put the brakes on speed limits with only 27% supporting reduced CBD speed limits. Nearly 40% support more fines and enforcement for jaywalking. They could be on to something with data showing alcohol impairment was a key factor in many pedestrian deaths, as well as a rise in the prevalence of the “text-walker”. Currently the maximum penalty for jaywalking on a Queensland road is $2611 (goodbye holiday fund).

Late last year the Pedestrian Council of Australia drove a campaign to put the brakes on speed through areas, that included Brisbane’s CBD, to prevent pedestrian fatalities and reduce the speed limit to 30km per hour.

It followed the shocking deaths of a number of pedestrians within weeks across southeast Queensland.

Our survey results have revealed little over a quarter of those surveyed supported the push to change speed limits to 30km per hour, which would emulate many European towns that boast lower pedestrian fatality rates.

Pedestrian crashes account for about 14 percent of road fatalities in Australia, and road-crossings are the highest crash risk according to the Bureau of Infrastructure, Transport and Regional Economics (BITRE).

But Queenslanders seemed to be divided on the best action to take to keep pedestrians safe out there in the concrete jungle. It was clear from the survey results, however, that more needed to be done to prevent jaywalking and enforce existing legislation.

About 38 percent of survey respondents wanted to see increased fines and heavier enforcement of jaywalking laws in built-up areas across the state, while 35.1 per cent said they would make no changes to road rules at all.

Currently the maximum penalty for jaywalking on a Queensland road is $2611 (goodbye holiday fund).

Men made up about 60 per cent, almost two-thirds, of respondents who said they would make no changes to current road rules and legislation, despite being over-represented in pedestrian fatalities.

According to Queensland Transport fatal crash data in 2011, almost half of the fatally injured pedestrians were alcohol impaired at the time of the crash, and two out of three were men.

In fact between 2008 and 2014 the pedestrian fatality rate for men was more than twice that of women.

The rise of the text-walker and digital distraction

But the issue has become more complex with the rise of smartphones and their constant (and somewhat addictive) distraction in our lives. #putthephonedown

Pedestrians are increasingly multitasking while walking and studies have shown up to 40 percent of pedestrians are distracted while crossing roads.

The Pedestrian Council of Australia wants to increase the enforcement of jaywalking and crossing the road without due care, claiming distracted pedestrians were extremely vulnerable.

A QUT study into phone usage while walking found about 30 percent of people had had a near-miss with a car or other vehicle, and about 15 per cent blamed their phone for the distraction. But it’s a grey area when it comes to the law, can you be charged for using your phone while walking? Technically, no, at least not yet.

The Queensland State Government launched a campaign last year to encourage pedestrians to put their smartphones away and watch where they were walking. But it’s not clear whether the awareness campaign has successfully changed pedestrian behavior.

But the results of a self-reported pedestrian study, presented at the Australasian Road Safety Conference in 2015, highlighted the rise of the distracted pedestrian. One in three 18-30 year olds reported texting while crossing roads in Queensland.

Brisbane City Council reduced the speed limit in the CBD to 40km per hour in 2009 along most streets, and speed limits in residential streets were lowered to 50km per hour across Australia in 1999.

But the RACQ does not support the bid for a further reduction in speed limits through the city centre.  RACQ experts believe it could add to traffic and travel time to the already-congested roads in built-up areas. They do, however, support fines for pedestrians crossing the road while using their phones.

According to statistics from The Bureau of Infrastructure, Transport and Regional Economics there is a direct correlation between population size and fatal pedestrian crashes.

Australian cities accounted for 538 fatal crashes over a five year period, with just 24 in remote areas across the country during the same time.

But while Queenslanders do not support a wholesale drop in speed limits in CBD areas, it’s always import for everyone to respect the rules and look out for each other.

Here are some top tips from Smith's Lawyers on how to stay safe out there: 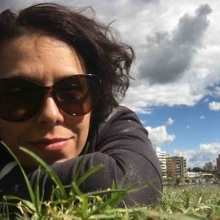 Taryn is a experienced journalist on topics including road safety. Her work has been published on The Courier Mail, News.com.au and other News Corp publications.