Have you been exposed to second-hand smoke, dust, or asbestos in the workplace? Are you having breathing difficulties? You may be suffering from pulmonary fibrosis and may have a claim for compensation. Read our guide to find out if you're eligible to make a pulmonary fibrosis compensation claim.
‍
What is Pulmonary Fibrosis?

Pulmonary fibrosis is a type of interstitial lung disease, a serious condition that occurs when lung tissue becomes damaged and scarred. Thickened, stiff tissue makes it extremely difficult for your lungs to work as they should.

Symptoms may come on quickly or take years to develop. Medications may slow down scarring and help your lung function. But there is no cure for pulmonary fibrosis, eventually you will develop respiratory failure.

Take our 2-minute free claim check
Fill in the form below to find out if you have a claim.
What Causes Pulmonary Fibrosis?

Chronic Inflammatory Processes
Exposure to Asbestos, Silica and Certain Gases
Radiation Exposure
Chronic Conditions
Chronic Inflammatory Processes
When your immune system activates it sends out inflammatory cells, this usually occurs when the cells are attacking bacteria or healing damaged tissues. But if your body is not sick or doesn’t have damaged tissues that need repairing, and your body sends out inflammatory cells, you may have chronic inflammation.

Over time all these diseases cause damage and scaring to the lungs, pulmonary fibrosis can develop over time as a secondary illness to these diseases. Common symptoms of chronic inflammation include:
- Fatigue
- Body pain
- Depression or anxiety
- Gastrointestinal complications (diarrhea or constipation)
- Weight gain
- Weight loss
- Persistent infections.
‍
Symptoms can range from mild to severe and last months or years.
Enquire Now
Exposure to Asbestos, Silica and Certain Gases
Asbestosis is caused by the inhalation of microscopic fibres of asbestos. The disease is progressive, resulting in scarring of the lungs. When you breathe in asbestos fibres they get lodged inside your lungs and cause irreversible damage. The lungs become scarred and thickened, meaning it’s more difficult for oxygen to reach the blood stream. Longer term you will become short of breath as your lungs cannot hold as much air as they used to. At first this may only happen after you’ve been physically active, but it can eventually become a more constant issue.

Similar to asbestosis, silicosis is also a lung disease which is caused by breathing in tiny bits of silica, a common mineral found in the air of mines, foundries, blasting operations, and stone, clay, and glass manufacturing facilities. Over time, exposure to silica particles causes permanent lung scarring. If you suffer with silicosis, you then have an increased risk for other lung diseases, including tuberculosis (a chronic, bacterial infection that usually infects the lungs) chest infections, emphysema, kidney damage and lung cancer.

During workplace accidents many types of gases such as; chlorine, phosgene, sulphur dioxide, hydrogen sulphide, nitrogen dioxide, and ammonia can suddenly be released into the air. These gases have a high potential to severely irritate the lungs and cause long-term scarring and damage.
Enquire Now
Radiation Exposure
Many workplaces contain radiation sources including; healthcare facilities, research institutions, nuclear reactors and support facilities, nuclear weapon production facilities, and other manufacturing settings.

At particular risk are miners, due to the types of minerals (tin, iron, and uranium) they are mining, workers are exposed to radiation from the decay of radon and uranium. This type of radiation exposure has been linked to lung cancer, including lung scarring and damage.
Enquire Now
Chronic Conditions
Chronic conditions are characterised by their long lasting and persistent effects. As mentioned previously, some autoimmune diseases can in turn cause pulmonary fibrosis. The following conditions result in lung damage and are classified as chronic conditions:
‍
- Dermatomyositis (causes muscle inflammation and skin rash)
- Polymyositis (causes muscles to become irritated and inflamed)
- Chronic obstructive pulmonary disease (a chronic inflammatory lung disease that causes obstructed airflow from the lungs)
- Mixed connective tissue disease (MCTD)
- Systemic lupus erythematosus (commonly known as lupus. It is an autoimmune disease in which the immune system attacks its own tissues, causing widespread inflammation and tissue damage in the affected organs.)
- Rheumatoid arthritis (causes inflammation, swelling, and pain in and around the joints and can affect other body organs.)
- Sarcoidosis (The growth of tiny collections of inflammatory cells in different parts of the body.)
- Scleroderma (a group of rare diseases that involve the hardening and tightening of the skin and connective tissues.)
- Pneumonia (Infection that inflames air sacs in one or both lungs, which may fill with fluid.)
Enquire Now
Can I Claim Compensation for Pulmonary Fibrosis?
If in the course of your employment you develop pulmonary fibrosis you have the right to access the workers compensation scheme seeking benefits under the industrial disease clause. Strict time limits apply when making a workers compensation claim. At the first signs of issues with your lungs or other respiratory complaints, you should see your doctor and outline to them your work conditions and any contributing workplace factors that are causing your symptoms.

Learn more about how you might be entitled to make a WorkcCover claim.
Enquire Now 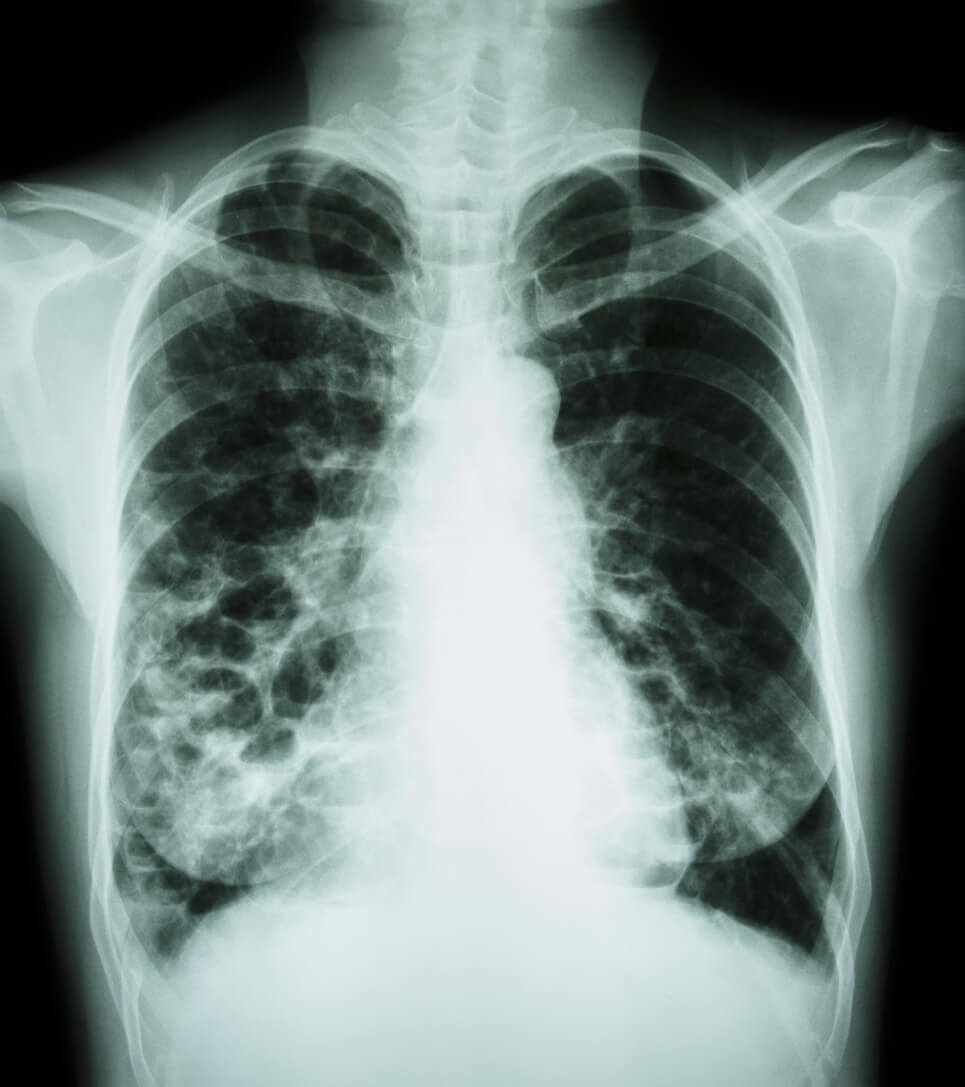 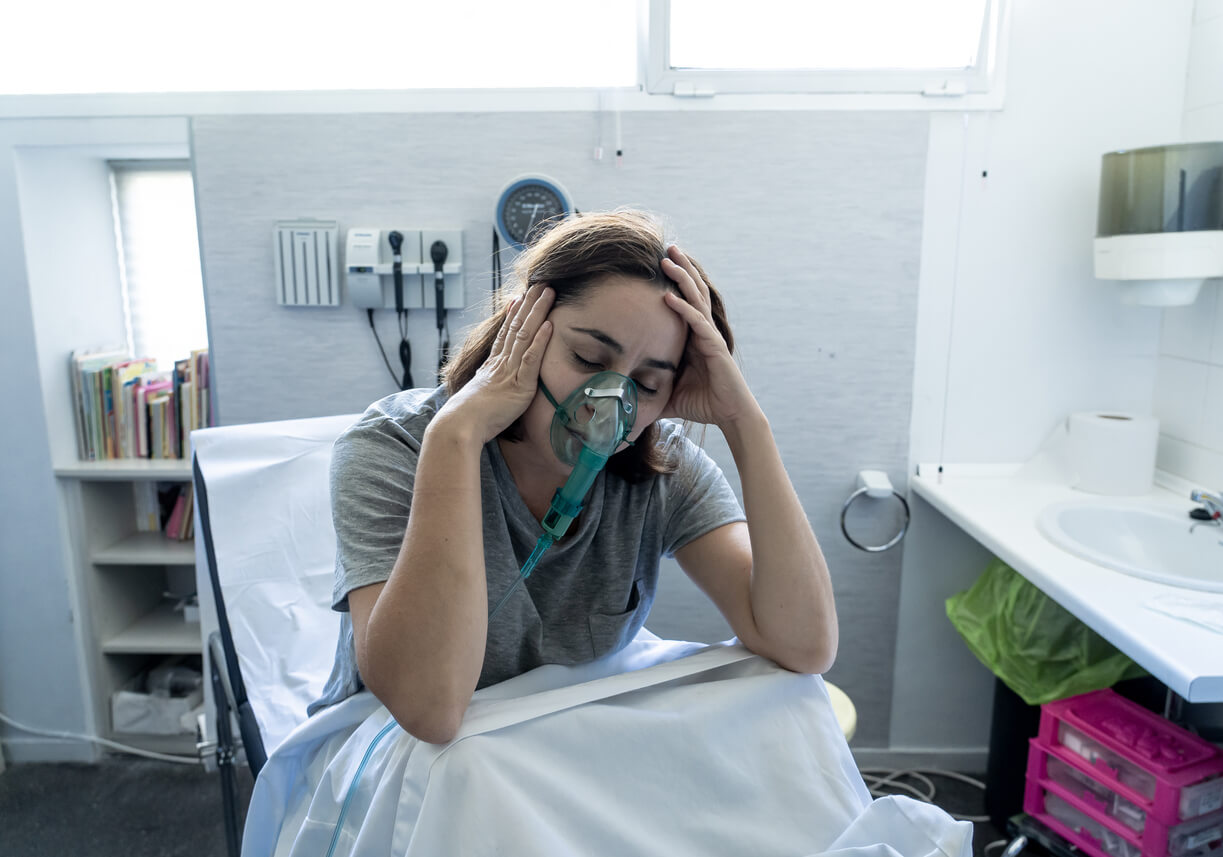 What is the Pulmonary Fibrosis Compensation Claims Process?
If you have received a pulmonary fibrosis diagnosis and you need to make a workers compensation claim the following steps should be taken. Our team of experienced lawyers are very skilled in all matters of personal injury relating to workplace illnesses and diseases, be sure to speak with us before you lodge your WorkCover application. We are available to guide you through the process so you can concentrate on your medical treatments and coming to terms with your diagnosis and what it means for your future.
1
Apply by Submitting an Application with WorkCover
Your first steps before submitting your application to WorkCover is to ensure you have completed tests and have all the relevant documents together. You will need the following:
‍
- A copy of all your medical reports,
- A work capacity certificate issued by your doctor, and
- A respiratory health assessment which can include: a respiratory questionnaire, x-rays, lung function testing, blood tests or a lung biopsy if necessary.

Once you have all your proof that your developed pulmonary fibrosis was due to work-related causes you should submit your application to WorkCover as soon as possible.
2
Wait for Assessment by WorkCover
During the assessment phase with WorkCover, they look at individual claims and consider the following when making a decision:
‍
- Claim submitted within the correct timeframe
- You were employed at the time of your injury with your current employer
- You meet the requirements to be considered a worker
- Your injury or illness was directly work-related
- Your job was a significant contributing factor to your injury.

In either situation our team of experienced personal injury lawyers will advise your next steps, in particular if your claim is rejected, we can re-assess your claim and assist you to have your claim reviewed by the Workers Compensation Regulator.
4
Accept the Workers Compensation Claim Offer or Claim Damages
If WorkCover accepts your claim they will notify you in writing and will outline your compensation offer. There are many options for payments dependant on if your pulmonary fibrosis claim leads a terminal condition. But generally, workers compensation claims may cover:
- Lost wages (weekly compensation)
- Medical and rehabilitation costs
- Travel (treatment/claim related)
- Permanent impairment or latent onset injuries via lump sumDeath benefits and funeral costs.

If your pulmonary fibrosis leads to a terminal condition or a disease that's considered to be a form of pneumoconiosis (a group of interstitial lung diseases caused by the inhalation of certain dusts and the lung tissue's reaction to the dust) you might be entitled to lump sum compensation.

Our experienced lawyers are best placed to give you the right advice when it comes to compensation and the payments you should consider for your situation. We will work for you and have your best interests in mind when we give you legal advice.

Your legal team may advise you that it’s in your best interests to make a common law claim for damages. A common law claim is designed to put you in the same or very similar financial position you would have been in had you never developed pulmonary fibrosis.

There are strict time limits and strict process to follow to bring a common law claim. You will need to be able to prove negligence or legal fault occurred to claim for damages. If your common law claim is successful, you can receive payment for the following:
‍
- Pain and Suffering
- Loss of Wages or Income
- Future Loss of Wages or Income
- Past and Future Loss of Superannuation Benefits
- Out of Pocket Expenses
- Past and Future Medical Treatment Costs
- Care and Assistance.
How Long Do I Have to Make a Pulmonary Fibrosis Claim?
In order to meet the requirements of your WorkCover claim you must file your claim within six months of your diagnosis of pulmonary fibrosis. There are only a handful of circumstances where there might be an exception to the limits. If you are uncertain about your rights or the date of diagnosis, our experienced lawyers are happy to assist you.
Enquire Now 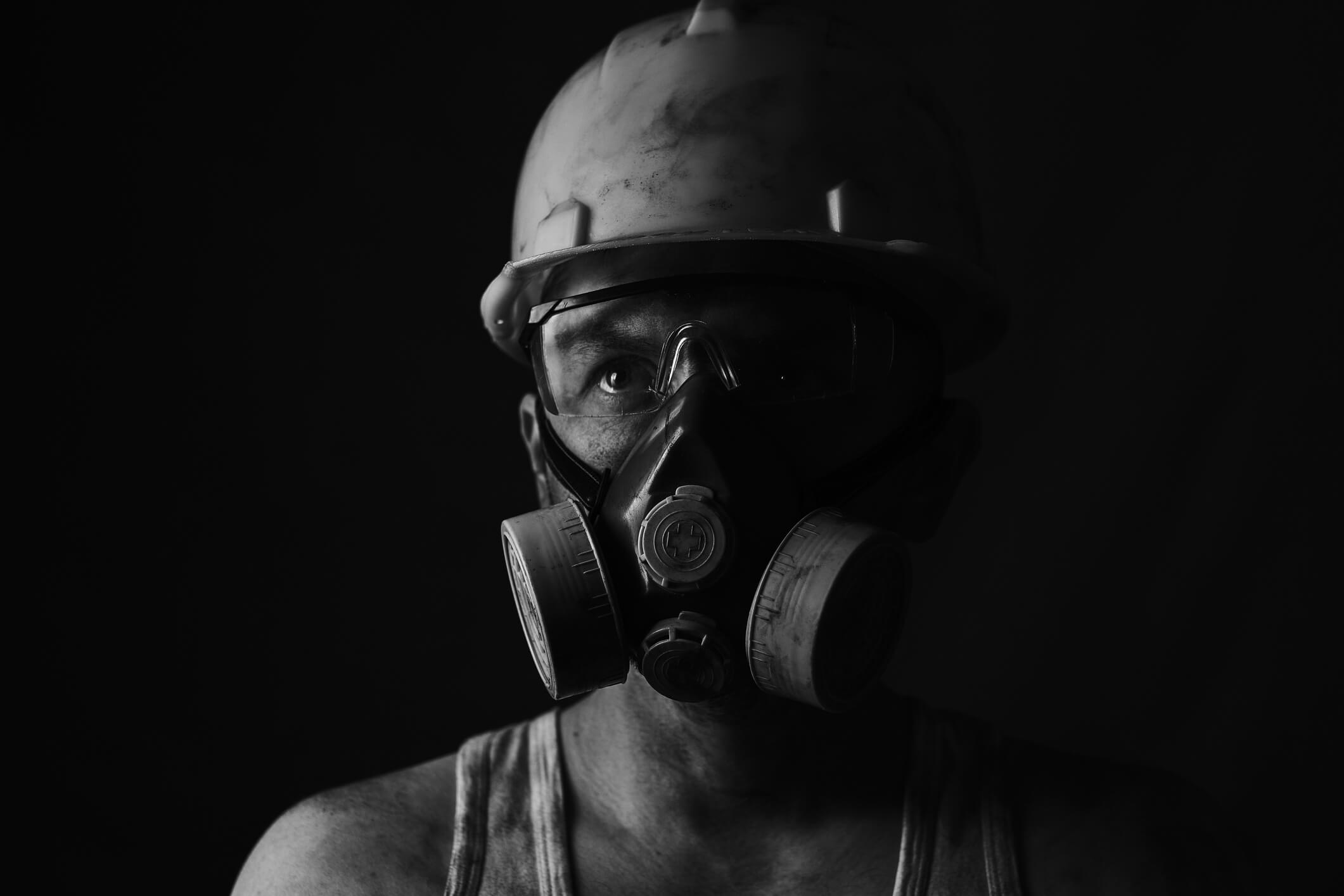 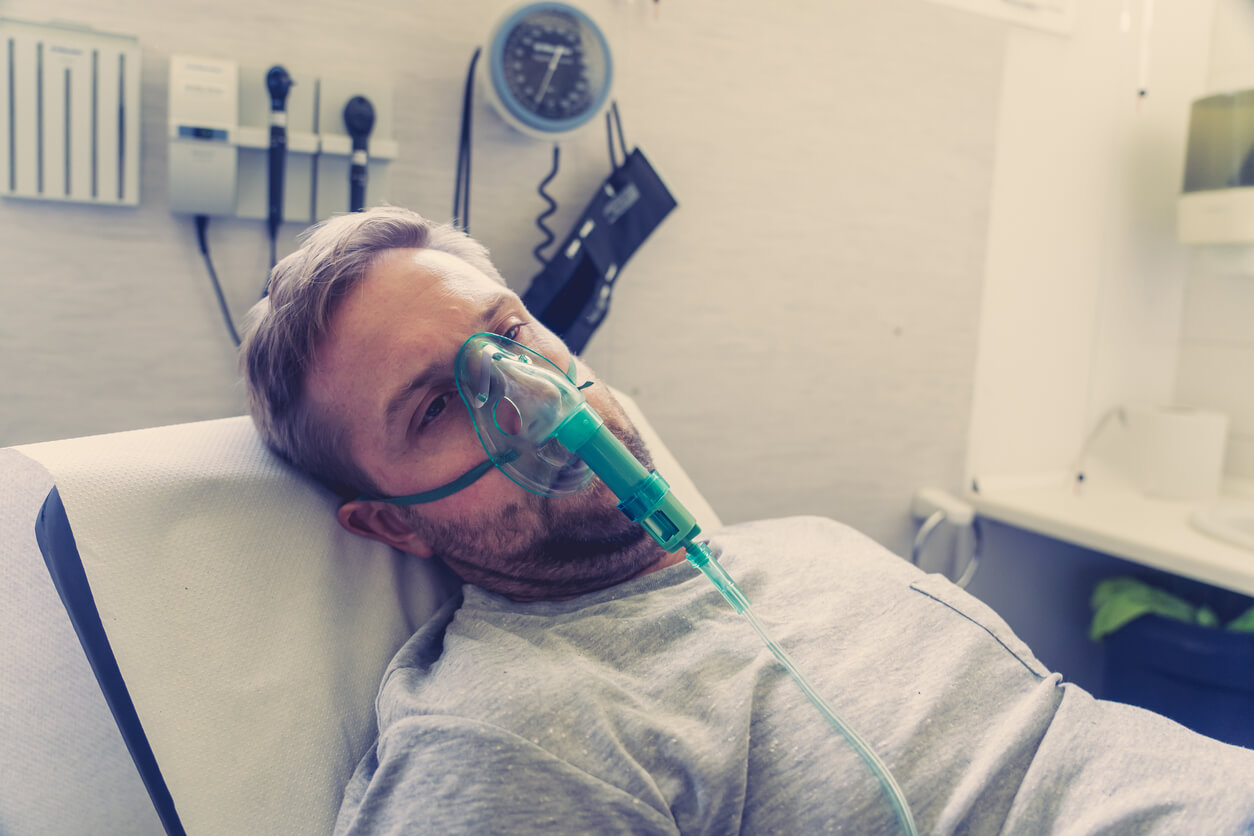 What Does it Cost to Make a Pulmonary Fibrosis Compensation Claim?
We understand that being newly diagnosed with pulmonary fibrosis is a stressful time in your life, especially if you have idiopathic pulmonary fibrosis and the cause is unknown to you. That is why we offer our services with our ‘No Win. No Fee. No Catch’® promise, which means there are no upfront costs and you will never be left out of pocket. Fees are calculated on the amount of work done and will be explained to you before proceeding with your claim.
Lodge A "No Win No Fee" Claim
If you suffer injuries while at work, you don't have to worry about the whole process of making your claim or the legal fees involved. Here at Smith's Lawyers, we offer free consultation services for injured workers looking to kickstart their claims. As mentioned before, we also have a no-win no fee, no catch policy.
Get in touch with us to give yourself the best opportunity to receive the maximum compensation possible for your claim.
Start your claim 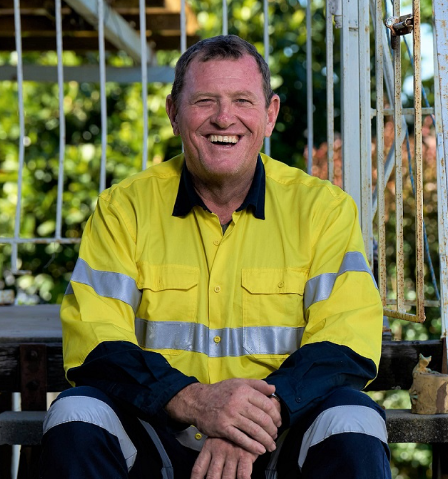 I would highly recommend Smith’s Lawyers. The work they put into my case was exceptional, even with such a busy working life and at most times being unreachable. They went above and beyond to ensure the best possible outcome. I am very pleased with their work and the result.

"I highly recommend Smith’s Lawyers! They are very easy to deal with, all staff from the reception ladies through to the lawyers are friendly and action emails and phone messages promptly. I couldn’t have asked more from any of the team. I’ll certainly use Smith’s again in the future if I need to"

"Greg, Luke and the team at Smiths Lawyers were absolutely amazing in the handling of my cases from day one they were so proactive right through to finalisation of my claim. It’s true what they say no win no fee ( A broad statement) we won my claim and the cost associated with the claim was as such after deductions."

"People cringe at the thought of dealing with lawyers but my experience so far has been an absolute pleasure."