12 of the Strangest Road Rules in Australia

Snakes, crocs, drop bears, kangaroos — Australia is a wonderful country full of some of the biggest, most dangerous and quirkiest things in the world — and road rules are no exception. While most people are aware of the standard rules of our roads, including speeding, overtaking and drink driving; there are many weird and outdated laws, varying slightly from state to state, that you've probably broken without even realising.

Here’s a list of 12 of the most bizarre road-related laws in Australia that could see you cop a heavy fine.

While road rage affects even the most subdued of drivers, you should avoid the temptation to hit the horn, unless you're warning another vehicle (or animal) that you're approaching them. It is an offence to use your horn for any other reason unless it is part of an antitheft or alcohol interlock device in your vehicle.

The ‘illegal use of a warning device’ can get you a fine upwards of $66 in Queensland, and some states will even take points off your license. No more friendly beeps goodbye!

2. You must have a horn or bell on your bike in New South Wales

Speaking of horns, when riding your bicycle on the road, it must be fitted with a working horn or bell to help sound a warning to other cyclists or pedestrians. After all, nothing says 'cool' like a middle-aged person riding with a horn on their bike.

We bet you’ve broken this strange road rule quite a few times. According to New South Wales law, it's illegal to cross train tracks if you're carrying “flammable, explosive or dangerous goods”, this includes paint, lighters, batteries and barbeque gas bottles. So if train tracks are between you and the hardware store, it might be a long renovation.

4. It’s illegal to transport more than 50kg of potatoes in Western Australia

‍
In Western Australia, it’s illegal to transport more than 50kg of potatoes in your car, unless you are a member of the 'Potato Corporation'. This law was a product of the regulation of food, during the Great Depression and post-War period. Break this law the first time and you can be hit with a $2000 fine. Break it again and it goes up to $5000.

5. Window gaps must be no more than 5cm when parked in Queensland and Victoria

In Queensland and Victoria, not only is it illegal for you to leave your car unlocked if you're more than three meters away from it, but your windows must be wound up with a gap of no more than five centimetres.

These laws are in place to try help keep the number of car thefts down, so it's lucky most cars are now decked out with aircon! The fine for committing this offence can result in a $40 fine in Queensland and a $117 fine in Victoria. If the case goes before a magistrate in Victoria, the fine can be increased to $360.

6. You can’t walk your dog whilst riding your bike in Victoria

Sorry to those of you who fancy walking your dog the lazy way, this is a no go. According to Victorian laws, it's illegal to have your dog on a lead while you ride your bike, as you must only walk your dog on foot.

7. Melbourne taxis must have a hay bale in their boot

This law may just be the strangest of them all. Before it was repealed in 1980, it was technically illegal for a taxi cab to drive around without a hay bale in the boot. Yep, that’s right. Stemming once again from the old days where horses, not cars reigned supreme, taxis were required to have a hay bale on supply to feed hungry livestock. Today's equivalent would probably be mints and water in Ubers.

8. Riding a bike ‘no hands’ is illegal Australia-wide

According to Australian laws in all states, when cycling, riders must always keep at least one hand on the handlebars at all times. Failing to do so will see you cop a heavy fine. There goes all those hours of practice growing up.

9. All body parts must stay within the vehicle in various states

In several states, it is illegal for you or your passengers to have any body parts outside of the vehicle, except for very few exceptional circumstances. That means it’s actually an offence to wind down the window and wave goodbye to a friend, or lean your elbow on the window on a hot day.

The fines are quite high too; in Victoria, you can be fined $141 and in Queensland it’s even higher at $298. No demerit points are taken however, so that's a plus.

10. You must not splash bus passengers with mud in New South Wales

One of the oddest road rules to come out of New South Wales is the one that states you must not splash a bus passenger with mud by driving through a puddle. Yet if you splash any other pedestrian, not bus-bound, it's perfectly legal. The fine for breaking this law is $165.

11. It’s illegal not to surrender unused number plates in Victoria

In Victoria, your number plates must be surrendered if the registration is no longer assigned to a vehicle. This means keeping souvenir number plates for sentimental sake is forbidden, unless you're willing to stump up some holding fees.

12. Blocking the free passage of a funeral procession in New South Wales is not on

According to New South Wales road laws, a driver must not interfere with, or interrupt, the free passage along any length of road of a funeral cortege or authorised procession. Doing so will result in a maximum penalty of a $2200 fine, not to mention, it's also incredibly rude.

Have you unwittingly broken any of these road rules? 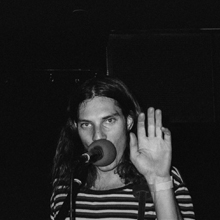