SMIDSY is often followed by the immediate assumption that the reason the driver hit the rider is their fault. Yeah, it’s tempting to automatically accuse the rider of irresponsible riding - nobody wants to admit they might not have checked carefully over their shoulder before changing lanes, or just didn’t look. But it's not smart to automatically blame the bike. Contrary to what drivers assume, two vehicle accidents involving motorcycles are more commonly caused by the other vehicle as the Motorcycle Council of NSW found.

This isn't the only misconception people have about motorcycles.

Here are 7 more motorcycling myths that you probably thought were true.

Motorcycles themselves turn and brake better than most cars. Bikes are about 1/8 the weight of a common car, and 1/4 the width. Motorcycles simply have more space and ability to manoeuvre while staying within their own lane. A modern motorcycle at the hands of a skilled rider is capable of avoiding the hazards of the road far more deftly and safely than today’s common cars.

2. Proper motorcycle gear is only needed for long rides

Imagine you are wearing a t-shirt and shorts and walking across a parking lot on a beautiful summer day. Somehow you trip and fall. Your knees, hands, and elbows will be scraped, bruised, and bleeding just from stumbling over a curb or an untied shoelace.

Now imagine adding a motorcycle that weighs at least four times as much as you do, and those minor scrapes and cuts get far worse. Add any speed or other traffic to the equation, and it can get really ugly, really fast.

It is commonly said that the majority of motorcycle accidents happen within seven miles of home, so even for the short trips, motorcyclists should always wear proper riding gear. “ATGATT”, or “All The Gear, All The Time,” should be the rider’s code for every ride.

Dating all the way back to the original Hurt Report in 1981, study after study has clearly demonstrated that wearing a helmet on a motorcycle protects against head injuries and neck injuries, and diminishes the injuries suffered by helmet wearers. For 30 years, these findings have been supported time and time again, and comments on the internet don’t change the facts. Wear a helmet.

Those of us who do not live in areas where cyclones are common don’t have much experience with really high winds. But we have all stuck our head out the car window at one time or another, and squinted into a severe headwind. And then pulled our heads back in the car rather quickly!

Exposure to the elements of wind, sun, rain, and flying hazards like bugs, rocks, and other debris can do major damage to your skin, eyes, lips, and sinuses. Even a fly or tiny pebble carries enough force to cut you and draw blood when it’s moving at freeway speed.

However, despite the imminent dangers of riding without a helmet or with an open-faced helmet, some people still claim that motorcycle helmets impair their sight and hearing.

The hearing damage caused by wind noise is well-documented, and most riders today wear earplugs as a preventative measure. In addition, the sound damping of a helmet is no worse than the body of a car.

Despite any tiny lack of peripheral vision a helmet may (or may not) have, helmets not only save heads and necks, they save wear and tear on eyes and ears over time. Use your thinking cap and wear a helmet.

5. Motorcycles should only be serviced by a pro

Maintaining your own vehicle is not only a motorcycling tradition, it is also an important way to keep in touch with your machine and its condition. Nobody is more invested in your health and well-being, and the condition of your vehicle, than you are.

So regularly washing your bike, checking tire pressure and oil levels, and doing other routine maintenance will also help you spot unusual wear or other problems before they become failures. It will also give you pride in your machine, that will inspire you to protect your vehicle, investment, and your self.

Every rider has a different comfort level, but doing some of your own maintenance helps you see problems early, and solve some common problems before they occur on the road.

In most countries of the world, motorcycles fit into the places that cars and trucks can’t, allowing a greater number of people to use the road than would otherwise be able to. Anyone who has ever traveled to India or Southeast Asia has seen first person that lane sharing can be done safely. Lane sharing is a practical solution to a common problem found around the world.

There are some people who claim they put loud exhaust pipes on their bikes so car drivers hear them coming.

But even the simplest test shows exhaust pipe noise is highly directional, and largely output behind the motorcycle; in exactly the opposite direction for it to be a “life saving” or preventative measure. The vehicle proceeds ahead of the noise it is making, and even if a driver ahead of the loud motorcycle were to hear the noise, it would be reflected off of buildings or other cars, and provide no directional information to the driver. Let’s just agree that this old saw was dull when it was first said, and has only gotten duller ever since.

There is a type of motorcycle accident that is so common, motorcyclists have an acronym for it: SMIDSY. This comes from the first words the driver says as he gets out of the car, “Sorry mate, I didn’t see you.” 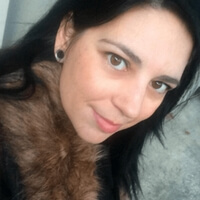